Fresh Express Salad Kits linked to E. coli outbreak in US and Canada

The CDC, public health and regulatory officials in several states, and FDA reported that they are investigating a multi-state outbreak of E. coli O157:H7 infections. A total of ten people infected with the outbreak strain of E. coli O157:H7 have been reported from five states; North Dakota(1), Minnesota(4), Wisconsin(3), Illinois(1) and Georgia (1). Four of the ten ill people have been hospitalized, including one person who developed hemolytic uremic syndrome, a type of kidney failure.

Illnesses began on the dates ranging from November 5, 2019, to November 16, 2019.  Females who became ill represent 60% of those diagnosed.  Ages of the ill ranged from 21 to 91 with the median age being 31. No deaths have been reported. 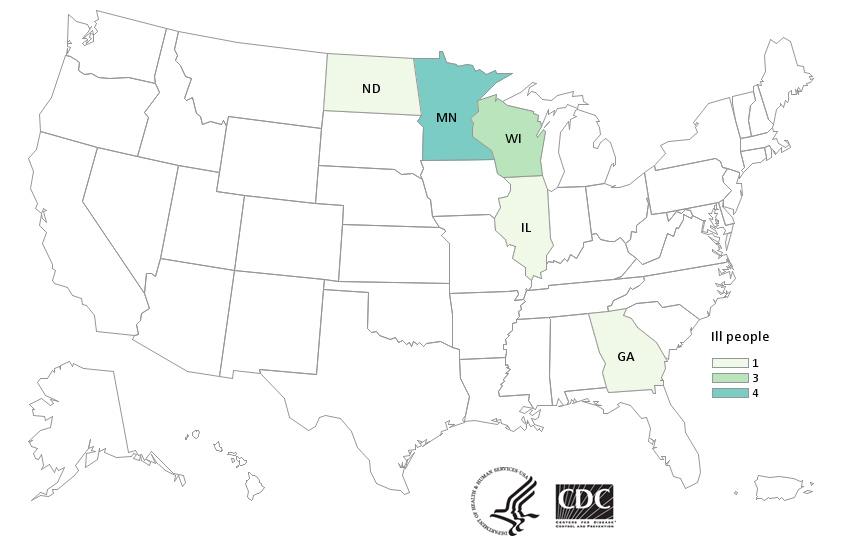 Information collected to date indicates that Fresh Express Sunflower Crisp chopped salad kits are a likely source of this outbreak.  Public health officials in the United States interviewed the ill people and discovered that all of them reported eating leafy greens in the week before their illness.  In addition, eight of the ill reported eating a Fresh Express Sunflower Crisp chopped salad kit.

The investigation is ongoing to determine which ingredient in the salad was contaminated. Romaine lettuce is one of the ingredients in the salad kit.

As part of the FDA's ongoing effort to understand and prevent foodborne illnesses linked to leafy greens, the FDA will conduct a root cause investigation. The investigation will be conducted throughout this year's romaine lettuce planting, growing, and harvesting season.  Results will be shared publicly when the investigation and analysis are concluded.